Second Life Nissan Leaf Battery Energy Storage System (BESS) As development of our 16 Blade advanced battery platform for the Nissan LEAF continues, one question the pops up somewhat frequently is: what are we planning to do with the old battery modules? The short answer is that they find their

Under the incoming ‘COVID-19 Protection Framework’ which comes into effect from this Friday, some types of businesses still can choose if they will require both customers and staff entering their business to have a ‘My Vaccine Pass’. Fortunately, our business falls into this group. We will NOT be discriminating against 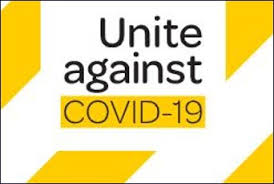 The team at EVs Enhanced has been working hard over the lockdown period, but most of us are back at work now but with a few minor changes to comply with the government restrictions during COVID-19 Alert Level 3.   For online sales and emailed trade orders it will be close

EVs Enhanced will open for business again from Tuesday 28th April inline with NZ moving to COVID-19 Alert Level 3.  For online sales and emailed trade orders it will be close to business as usual from our customer’s perspective.  From Tuesday we will start shipping all orders including backorders for

An Update Regarding COVID-19

Up until now, Nissan hasn’t shown any interest in allowing the owners of early Leafs to upgrade to higher capacity battery packs fitted to newer models. In 2015, when the 30kWh battery was released, Nissan even went as far as claiming that a 30kWh battery was incompatible with the earlier