In most cases that we have seen, the Nissan Leaf’s lithium ion battery cells tend to naturally degrade fairly evenly. As a result, most cells in an aged pack tend to have similar capacity and in these cases just swapping a few modules in the pack is a pointless exercise. Of course, there are always some exceptions – for example we have seen some cases of early high-kilometre often-fast-charged packs where the modules in the middle of the rear stack have slightly lower capacity than the rest, but even in these cases swapping these modules is rarely justified.

For Leaf owners with a heavily degraded battery pack wanting a significant increase in overall capacity (range), we feel that a complete battery replacement or upgrade is the best option.   The old battery pack often still has life and value for a stationary storage project.

We now have solutions to allow battery swaps and upgrades to be performed quickly and safely without opening either the new or old battery pack. However, there are still cases where opening a battery pack is still required.

Sudden failure of the Leaf’s Li-ion cells is extremely rare on 24kWh models, but we have seen several failures of cells in 30kWh and 40kWh packs.

Additionally, cell imbalance problems due to one (or occasionally several) cells with a manufacturing defect are not unheard of in the 30kWh, 40kWh and 62kWh battery packs.

Replacing a module containing a failed or high-self-discharge cell has become one of the few reasons that we still have to open a Leaf battery pack these days. In such cases the replacement module must contain cells with a capacity that is as good or better than the rest of the cells in the battery pack. The cells in the replacement module must also be carefully balanced or the result will be significantly reduced range, improper range calculation and in extreme cases the vehicle entering limp (turtle) mode. 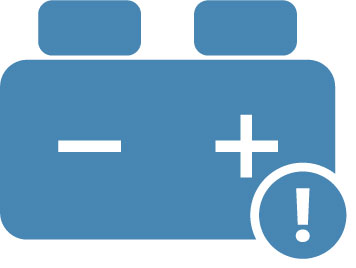 Having individual cell problems with your 30kWh battery?

We have seen a significant number of individual cell faults or failures in 30kWh Leaf battery packs as discussed here. We have spare modules available to fix these issues.
Read More