Our Japanese to English Instrument Cluster Conversion for the model year 2014+ Nissan e-NV200 van (ME0) VX or GX spec model offers all screens and menus in English as well as the all of the warning messages that can appear for various reasons from time to time.

These conversions are performed through the car’s OBD2 (diagnostics) port by one of our partners using a conversion tool we specifically designed for this purpose. Christchurch EV owners can book their vehicle in with us at our Christchurch based EV service centre using the booking form located to the right. If you are located outside of Christchurch and are interested in this service, you can register below and we will get in touch as soon as possible!

Some example pictures showing the instrument cluster display before and after conversion as well as particular details associated with this model can be found below.

On ME0 VX and GX spec models, the date and time is set through menus in the instrument cluster. As well as displaying the correct time on the clock, this also allows for correct function of the charging and climate timer. 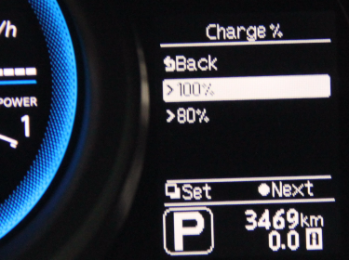 On ME0 VX and GX spec models, the end state of charge can be set through a menu in the instrument cluster. 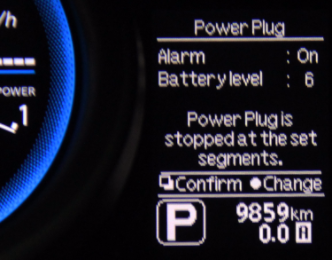 On models equipped with the AC Out feature (an an on-board inverter powered from the high voltage battery) an alarm can be set to warn against the HV battery being discharged to certain level. While the on-board inverter and its associated power outlets can found on most Japanese models, its output is unfortunately 100V 60Hz AC.

A range of European languages is available after our conversion of the Japanese-spec instrument cluster.

Unlike the Leaf where certain markets received a certain fixed unit for the Energy Economy meter, the e-NV200 allows either kWh/100km or km/kWh to be selected.

On ME0 VX and GX spec models, the charging timer and climate timer are set through menus in the instrument cluster. The times set represent the ENDING time. The required starting time is automatically calculated by the vehicle.

Are you a Christchurch local? Our Christchurch service centre is available now so click the below button to get booked in
Book Now!

No worries! Click here to register your interest and we'll do our best to get you in touch with a trusted EVs Enhanced partner.

See the tool in action:

Not in Christchurch but still love the idea of this service? Let us know! EVs Enhanced have a network of partners throughout New Zealand and around the world. Get in touch and we will direct you to an EVs Enhanced partner in your area. Our network of partners is always growing so if we don’t have a partner in your town, we will advise you as one becomes available. We appreciate your support and look forward to hearing from you! If you are interested in becoming an EVs Enhanced partner you can register here